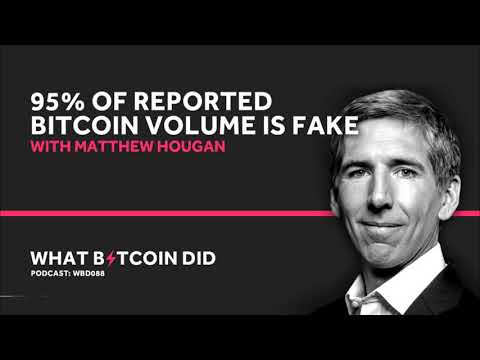 Despite the collapse of the cryptocurrency market in 2018, the Bitcoin mining hash rate has positively diverged for most of the year.
However, as we first reported on Nov. 20, a turning point developed from Aug. 27 to Nov. 01 that would ultimately reverse the direction of the hash rate and sparked crypto fears that Bitcoin mining has become unprofitable for many.
According to Autonomous Research LLP. Fundstrat Global Advisors LLC., there is consolidation among miners that perform complex calculations to generate the digital currency after the recent plunge rendered many of them unprofitable. Fundstrat notes that 100,000 individual miners have been shut down in the last several months as mining operations go bust.
“We are entering in the phase when there’s a flushing out of the market,”said Malachi Salcido, head of Wenatchee, Washington-based Salcido Enterprises, which has one of the largest mining operations in North American with 22 megawatts of power deployed and 20 megawatts in development.
“There will be relatively few operations that come out the other side.”

According to Bloomberg, most mining operations are profitable above Bitcoin $4,500. Price has not closed above that level since Nov. 21. This time last year, Bitcoin traded in the $16,000 to almost $20,000 range.

Salcido told Bloomberg that only a few miners could afford to stay in the game. He said margins before costs like depreciation and taxes dropped from about 40% to 20% during the slide in hash rate, but margins jumped back up to 40% as smaller rivals closed shop.
According to Lex Sokolin, the London-based global director of fintech strategy at Autonomous, said the hash rate had collapsed 36% from its peak in August, problem-solving difficulty has dropped about 10%, making it easier for mining rigs that have weathered the storm to earn Bitcoins.
According to the data from Blockchain.com, the difficulty to mine bitcoin and the hash rate has both declined by over 15%, the second biggest drop in Bitcoin's 10-year history. The first plunge occurred in 2011, as the rate plunged 18%.
While that is great news for big miners, the consolidation increases huge risks for traders and HODL community vested in the network’s success. With fewer mining operations, there is a chance that several miners could partner together to execute a so-called 51% attack, according to Ryan Selkis, co-founder of crypto researcher Messari. In such a maneuver, controlling miners can reverse transactions and stop new ones from confirming -- potentially making off with billions in other people’s money.
With millions of mining rigs being deleveraged from the network, we must ask one question: where do old rigs end up?
In short, it seems like many have ended up on eBay:

And worse still, RT reports that the world’s second largest bitcoin mining hardware maker has held a flash sale of its products to “celebrate” the recent crash of the most popular cryptocurrency, while minor players are being squeezed from the market.

The belated Black Friday was announced by Chinese company Canaan Creative, which was behind the first bitcoin mining ASICs, last week. Speaking to CoinDesk, a representative of the firm, Steven Mosher, saidall the company’s miners can be purchased for $200 each until stock depletion.
As crypto prices plunge, Canaan Creative considered the situation as a way of cheering on a new period in the cryptocurrencies development and the right time “to celebrate” being “at a bottom.”
“I’m looking and I see [bitcoin] rebound, it’s up to $4,300 and my thinking was, I’m going to celebrate. Usually if [bitcoin] goes up, we would put prices up. Well, I thought I’m going to try something different,” Mosher told CoinDesk.
Mosher also stressed that it’s a kind of test to see who can do business in the highly volatile market, saying they want “big miners” to stay “committed and hopeful.”

$30 Billion in Bitcoin Will Be Locked in… 16 October 2020. News. Armstrong says ‘silent majority’ supports Coinbase apolitical stance… 16 October 2020. News. After Square, Coinbase Will Now Fund Bitcoin Development… 16 October 2020. News. ANALYST WHO CALLED 2018’S BOTTOM SAYS BITCOIN WILL… 16 October 2020. News. ETHEREUM’S PRICE JUST FORMED A PIVOTAL BULLISH BREAKOUT. 16 ... Ripple/XRP dominates Google’s top 10 “How to” searches: Some in the community already believe that XRP is superior to BTC in every way and that Just to show he’s not bluffing, Selkis even gave readers a taste of what’s to come. 1) The Foundation never once warned Bitcoin investors about keeping deposits in Mt. Gox, despite clear red flags dating back to at least April 2013. Nor did the Foundation craft or advocate for best practices such as technical transparency, deposit audits ... This post is part of CoinDesk’s 2019 Year in Review, a collection of 100 op-eds, interviews and takes on the state of blockchain and the world.Ryan Selkis is the co-founder and CEO of Messari ... Bitcoin could skyrocket in the coming years, climbing more than 1,000% to $50,000 as Millennials inherit the wealth of Baby Boomers, according to Ryan Selkis, founder & CEO of cryptocurrency ...

Lukka: Calculate your capital gains for free with LukkaTax! Only pay if you save - use the code "messaritax" and get $5 off the normal price of $39.95. https://bit.ly/3dGvgPB Bitstamp is the ... SmartBuyGlasses will change the way you experience eyewear. With over 80,000 sunglasses, prescription eyeglasses, and contact lenses, from 180 top brands - t... Ethereum rallied so far and fast in 2017 that there was a point at which analysts were expecting the market capitalization of ETH to flip that of Bitcoin. Fittingly, this event was dubbed the ... In this episode, I talk with Matthew Hougan, Global Head of Research at Bitwise Asset Management. We discuss their recent report, submitted to The SEC as par... The next video is starting stop. Loading... Watch Queue