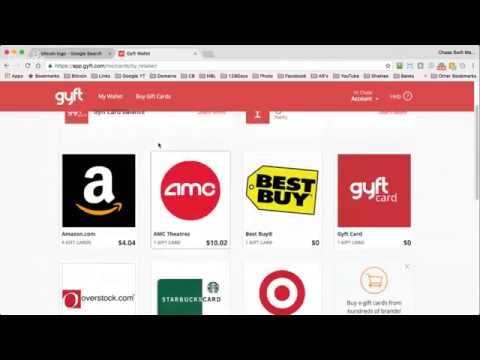 What's next for bitcoin

Here's a brief list that's just a fraction of the positive news. Does anyone have anything to add to the list or any suggestions on things to change?
Future
Videos that really explain where we are headed

Itunes Link: https://itunes.apple.com/us/app/pheeva-wallet/id885343126?mt=8
Tell a friend, tell a friend!!
The Pheeva Bitcoin Wallet is now available in the iTunes App Store. We are excited to release this version. The store download makes it a lot easier for people to download the wallet. You can still signup to be apart of the Cog Cooperative but it's no longer mandator. Thanks for the love we get on reddit and the people who've helped us make the wallet better through recommendations.
Pheeva Features: Paper Wallet import through scan Currency Switcher Customizable Miner's fees CoinID's for easy transmission Encrypted key back up and additional session pin And the "should be patentable", Grown and Sexy interface.
We also pioneered, in-wallet gift card purchases w/ Gyft. With this integration you to purchase gift cards to over 200 brands in-wallet, with a couple of clicks.
If you have any personal questions, email me at [email protected], I usually respond back in a reasonable manner.
Thanks again, Lamar
PS: We are in the Play store as well! https://play.google.com/store/apps/details?id=com.pheeva.pheevaWallet&hl=en
CEO Love Will Inc Live Love Love Life

Thoughts on the current state of Bitcoin from someone who participates in much of the ecosystem [and tipping thread ;) ]

Hey guys,
So this is something I've been looking at for a while now, and kind of seeing some things die and other things be born. Some things are getting easier, and other things getting more difficult. I want to take this time to outline the last few months and how my sentiment is reflected towards the market. I have to say, the market generally matches how my "emotions" playout towards the ecosystem as a whole.
I'll outline just a few short things on both the bearish and the bullish sides of my sentiment, even if things don't effect the overall sentiment much (at least according to most traders and people) I'd like to point them out because I view them as notable.
Some of the not so good things that have been happening:
Anyway, in many respects it feels like a lot of the bitcoin ecosystem is dying, and maybe we should all panic, cry, and shit our pants, but a few things haven't been going badly, and in fact, I'm looking optimistic that the next time a surge of new users enters the market for whatever reason, there will be a much more developed and kind ecosystem to take part of. No one is going to be touting the next 5 second confirmation coin, no more of the ubiquitous "investment" opportunities that await the uninitiated.
Other than my love for bitcoin in general, this is what makes me not panic sell, and what keeps me optimistic about the bitcoin future:
Alright guys, thats my sentiment overview, and I hope it wasn't tl;dr for most of you. But one last thing I want to point out in terms of user growth. We need to break out of our comfort zone. We need to help people get into it. That btctipping dude? He has the right idea, except, it does kinda feel like he's promoting his own website? I dunno? Anyway, Changetip some newbies. Just the other day in the reddit lounge I tipped a guy a coffee, and he then said "Man that was evil, now I have to spend the next hour learning all about bitcoin"... who knows, maybe his sentiment that the media helped paint is one shade lighter now just from a a couple millibit tip. You can do that too, and I'm here to help you get started. I've got some millibits to give away, give me some awesome feedback, criticism or build your own thoughts on this thread. I tip you, then you go pay it forward. Lets do this!!!

Before a long, internation flight, I wanted to pay for food at an airport using Gyft giftcards as I've done before, sending bitcoins from a Coinbase wallet. I go through the standard process of buying anything with bitcoins, when up to the Bitpay invoice page trouble started happening.
The invoice page was still "unpaid" after I had sent the required amount, I tried refreshing and then determined that maybe I had forgot to click the send button. I resent from Coinbase, then notice that Coinbase still has not listed the new transaction. I refresh the page and BAM, two transactions of the same amount there. The invoice expired and now I felt like I've screwed up. In a moment of desperation I ordered another card and got hit with the same issue. Keep in mind it was late night and not being hungry at the airport was a top priority for me.
What had happened? It was neither Gyft nor Bitpay's fault, they had excellently handled the situation. Bitpay support responded within 2 minutes of my email, and had sorted out the expired invoice within the day. What had happened is Coinbase did not send the transactions instantly. There was a 3 hour difference reported from Coinbase's transaction and the TXID "first seen" timestamp on blockchain.info. It took Coinbase 3 hours to send a transction...
TL:DR I spent $100 on $25 worth of giftcards due to inaccuracy of Coinbase's transaction history and after it took 3 hours for a Coinbase transaction to hit the network.
Note: Not a miner's fee issue, Bitpay accepts reasonable 0-conf transactions and 3 hour difference between Coinbase reported request time and blockchain.info "first-seen" time is an indication that Coinbase simply hasn't sent out the the TX.

MSI Forum Mod calls us all criminals and terrorists..wtf?

Got a carried away with being able to purchase items with BTC...

So,
I've managed to burn through a total of 2.9495 BTC in just the past few weeks, between buying gifts for the holidays and new mining hardware... I got carried away with being able to buy things with Bitcoin and almost depleted my BTC balance :P
Mining equipment (2.184 BTC): 2x ASICMINER Cubes
Holiday Gifts (0.7655 BTC): 0.0442 - amagimetals.com 0.5923 - gyft.com ($525 in Amazon Gift Cards) 0.0641 - gyft.com ($60 in Sephora Gift Cards) 0.0649 - starrily.com
(These were bought at all different times, so the BTC values varied between orders)
On the bright side, I got some new miners and I've been able to purchase ALL of my gifts for the holiday season using Bitcoin! =D
Figured I'd just share my first major experience using Bitcoin!

So my little DualMiner has been mining away for about a week now, and all appears to be well with it: software works, fan is quieter than my fridge, Coinotron payouts are working, and so on.
That got me to thinking: How would I go about using my Dogecoin to buy things? Sure, I could go to treats.io and get some gift cards, but that only goes so far.
Let's say, for example, that I wanted to head down to Rise, a donut shop a few blocks from me, and get a couple of maple bacon bars for breakfast. Rise doesn't accept Doge, but it does accept Bitcoin. Maple Bacon Bars are $2.50 each. With tax, it's about $5.38. At current BTC exchange rates, I figure I'll need at least 0.01 BTC in my wallet.
So I take my Doge over to Vircurex to exchange it for BTC. It's a 0.2% exchange fee, so I'll need to cover that. I'll also need to cover the 0.002 BTC withdrawl fee. At an exchange rate of 0.000002 BTC per Doge, 5000 Doge = 0.01 BTC, but because of the exchange and withdrawl fees, the actual cost to get that 0.01 BTC is 6012.026 Doge. That's 1012.026 worth of fees -- a 20.24% markup!!!
Obviously, because the withdrawl fee is fixed, that markup goes down as the volume goes up. The problem, though, is that I can't really trade in high volumes. I've only got a little DualMiner cranking out 70kH/s, and it takes me 3-4 days to get 1000 Doge out of it. I need a better solution.
So I gave Cryptsy a try. The exchange fee is 0.3%, but the withdrawl fee is only 0.0005 BTC! So in order to get out 0.01 BTC at the same exchange rate, I only have to put in 5265.795 Doge -- only a 5.32% markup! Wow! Much savings!
So if you're a low-level miner like me, and you need to exchange your Doge for BTC, Crypsty is clearly the way to go. In fact, you can get better deals on Amazon gift cards using Cryptsy and Gyft than you can with treats.io. (Not to knock the Moolah devs, as they're doing good work in helping Dogecoin gain wider acceptance, but at the current exchange rates, we're talking a 1,400 Doge difference for a $10 GC, and I'm not a rich enough shibe to dismiss that.)
tl;dr -- For small Doge-to-BTC exchanges, Cryptsy will save you a lot of Doge over Vircurex.