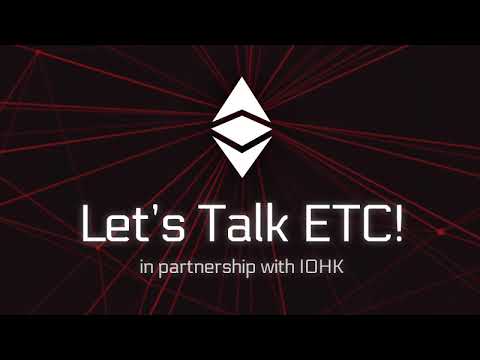 Hey fam, Welcome to the first talk of the series! jtnichol and I just got off the phone! We had a great conversation thanks to the questions submitted. I'm using the built-in webcam so low resolution, but the audio quality is quite decent.
Link to YouTube: https://www.youtube.com/watch?v=6I2rDQCF7Fs Link to MP3: https://ethcs.org/files/jtnichol.mp3 RSS feed: https://ethcs.org/files/feed/podcast/

EthTrader Questions (some have been grouped together)

Mentioned in the talk

First Post: (You are here.)
Part Two: Filesystems and Data Protection
Part Three: Networking and Security (Pending)
 So, I've got my Pi (Model B, 512 RAM) sitting in my homemade LEGO case with detachable 5 watt fan. Power supply is a solid 2.1 amp outlet-to-USB adapter. My SD is a Sandisk micro SDHC in an adapter; 16 gigabytes. The NOOBS installer works fine. All of the ported distros work fine. I bought both codecs. I have a 32 GB USB stick, a WIFI adapter, and everything is working perfectly. Everything runs off the one 5 volt, 2 amp adapter in the wall. No powered hubs, no stack of boxes next to it, nothing. It's a clean and compact setup.
So what's the problem? Well...
The project that I had in mind when I bought the thing was a simple one. I wanted (and want) to use the Pi to make a modest podcast downloader and NAS/samba server. I've gotten both working. All is well. So, what's the problem if the project is already done? Storage space. I checked my main computer's drive, and discovered that I have well over 100 GB of nothing but podcasts. Music is another 40 or so. Television shows and movies are about 50 GB. Artwork is about 70 GB. Other documents and images aren't that much. Remember my 32 GB flash drive? Don't even ask me how big my entire Humble Bundle collection would be, or Steam games and backups. Yeah... that's not going to work.
So my options are to either get an external drive that (A) won't suck all the power and kill my Pi, (B) is reliable to both stay on 24/7 and keep my data safe for years, and (C) doesn't cost a billion dollars; -OR- I can find another project for my Raspberry Pi.
I've looked into USB SSDs, but they're very pricy, don't have much storage space, and all full size external drives seem to require more power than the Pi would put out. They make 128 gigabyte flash drives, but those tend to be very expensive and are generally reviewed as failing often. If anyone has experience running an external USB SSD on their Pi without a powered hub, let me know. I'll get a hub if I need one, but I really do not want to.
So below is an improvised list of the ideas I've had, and why I haven't done them. I'm hoping that if, at the very least I don't get any good suggestions from you fine folks, that you will get a few good ideas from me. If anyone wants me to re-write this list into an organized and more complete format, then just ask. Maybe we could make a giant list of project ideas.
Anyway, I tossed around some projects in my head: (edited for readability)
 So, as you can see, I'm having trouble coming up with a fun project to do. I'm not just getting a Pi without any idea and begging for an instruction book. I had a goal and even got it set up. I just kind of forgot to check how much storage I needed.
So, if anyone has any ideas of things to do with a single Raspberry Pi, please share. I'm at a loss. I'm just been goofing around and trying out different operating systems on it. I'd hate for this thing to go to waste.

Well, I finally just bit the bullet and got an external HDD for my Pi. I figured that I needed to get one anyway, since I'm running out of room on my main machine. So I might as well put my hundreds of gigs of audio on the Pi's drive once it arrives. Then I'll be able to go with my original idea of a podcast/music/video/torrent downloader. (Again, all legal stuff.)
For those interested, I ordered a Western Digital 1 TB NAS drive and a StarTech.com drive enclosure with a built-in fan.
I already have one of those enclosures, and it works great. The fan helps keep the drive cool, and it comes with its own power adapter. Hopefully, that paired with a NAS drive designed for 24/7 operation should offer some reliable performance and a long drive life.
If anyone's interested, the enclosure I already have houses my Linux drive for my main computer. Linux being my main OS means that this drive is on for hours and hours at a time, and being written to and read from constantly. Besides a slight speed reduction due to my having USB 2 ports, I haven't had any problems running my main OS off an external HDD. That's why I ordered another one for my Pi. I just hope that the HDD I bought will work as well as the case does.

OK so just thought of this and haven't thought it through beyond the initial conception, so help me out. I'll use the example of music: Imagine a legal bittorrent site where you pay for a MP3 download, (but what you really download is a torrent file) and you download your music via the torrent network. BUT, part of that cost is a 'Distribution Fee'(like for a physical CD which would go to the distributer) the distribution fee is split between anyone who is seeding the torrent. The more seeders the less the individual portion of payment, which would encourage you to seed rare and obscure music, increasing diversity.
There's got to be tonnes of other functionality you could implement. The possibilities of the Bitcoin protocol are near limitless, I would really love to see more discussion on these posibilites. All the speculation talk and current price ultimately depends on unique innovations, so lets dream some up!

Hi
Please come speak to the liberty community at the second Agora I/O free, online liberty unconference Sep 23-25, 2011. You can pick the topic of your talk. You can even do multiple talks! Do it right from the comfort of your own home over the internet.
Agora I/O is a twice-yearly un-conference where you'll find the greatest people, ideas and tools for advancing the cause of liberty. Our first one, in March, was a huge success with 70 speakers and 2,200 participants from around the world. Check out the mp3 and YouTube archives here:
http://agora.io/etienne/archives
Talks start on the hour from 9AM to 7PM on Friday, Saturday and Sunday Sep 23rd, 24th and 25th and run for up to 55 minutes each. You can pick your own time slot(s)! Give a conventional talk, host a forum discussion, teach something, give a tour of your enterprise, play music - the time slot is yours to do with as you like.
The schedule is shaping up fast. Grab your spot now.
http://agora.io/laozi/schedule/
This is easier than skyping! To participate, let me know what time slot(s) work for you and what the topic(s) of your talk(s) will be. We'll take it from there.
Let me know if you have any questions or need any help. I'm here to guide you through the process. You can find more information on our website at http://Agora.IO
Thanks and have a great day!
btw I would like to do a whole track of 24-34 talks about bitcoin. Entrepreneurs can give a tour of their enterprise, complex math can be explained, critics answered, use of bitcoin demonstrated, you name it.
George Donnelly [email protected]

Egal, wo ihr euch auf 1LIVE.de rumtreibt, das 1LIVE-Webradio habt ihr immer im Blick - fest verankert am unteren Rand der Seite. Ob nun das aktuelle Radioprogramm von 1LIVE, 1LIVE DIGGI oder einen ... Bitseed bitcoin full node hardware okTurtles Foundation Let's Talk Bitcoin - "Gradual Progress" Bittorrent confirms layoffs uTorrent quietly installs cr... Read More . 4 Comments 2,970 views. Categories: P2P Connects Us. P2P Connects Us Episode 16 - Steve Waldman. April 15th, 2015 by john. On today's episode we're going to be talking about Uber accounts for sale on the darknet, the SELC policy ... That’s it for this week’s episode of The Cryptocurrency Informer. Don’t forget – if you want to read more about each of these stories, go to talk.bitcoin.tax and click on The Cryptocurrency Informer link. Every episode is accompanied by a number of relevant links for each story, so you can do your own in-depth research on the topics ... Direct MP3 Download On today's episode we're going to be talking about San Francisco's new home sharing law, Firechat's new Verified Names feature, Syncthing joins the Indie ecosystem, Wall Street Journal promotes a decentralized internet, and last but certainly not least, Greg Slepak of DNSchain and Okturtles joins the show to talk about P2P identity technology. Our guest Drew Hinkes has an expansive background in the crypto-space. He is an attorney with Carlton Fields, working as part of its National Blockchain and Digital Currency practice, and is also the co-founder and General Counsel of Athena Blockchain, a start up investment firm focused on compliant offering of tokenized investment products.

Visit the YouTube Music Channel to find today’s top talent, featured artists, and playlists. Subscribe to see the latest in the music world. This channel was... Check this out on YouTube Music. A new music service with official albums, singles, videos, remixes, live performances and more for Android, iOS and desktop.... Let's talk about Nvidia, Bitcoin, Pot Stocks, ACB, AMD & SPCE In today's show we will review what happened in Today's Stock Market: Coca Cola Stock, ACB stoc... ‘Free Spirit’ out now! http://smarturl.it/FreeSpiritTheAlbum Apple Music: http://smarturl.it/FreeSpiritTheAlbum/applemusic iTunes: http://smarturl.it/FreeSpi... If you enjoy and benefit from our Free No Copyright Music, please consider making a donation - it's much appreciated! : PayPal: https://www.paypal.me/trueody...