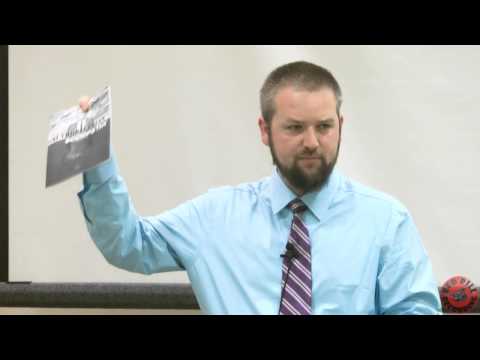 My thought on Bitcoin in the Beltway after Sunday

Continuation of previous topic.
So today was a shorter day. I missed some presentation times since I was preparing for my own panel.
I attended a part of the "Digital Currencies vs. the Empire". Early on Angela Keaton was sharing her stories about how government was illegally surveying her Antiwar.com company.
I couldn't stay for the whole talk as I wanted to catch the Maidsafe presentation. Unfortunately, that was a waste as they were a no-show. Oh well.
Afterwards I attended "Fear Not the Silk Road" by Kristov Atlas. He talked about Silk Road decreasing the amount of violent crimes, as well as empowering anyone to make their own business using highly-anonymous technoligies, such as Open Bazaar. All in all, soon relatively cheap technologies will be able to empower the people in oppressive regimes.
Next up, Chris Odom of Open Transactions talked about his project. He and his team moved to Switzerland to be able to develop truly free software. The platform is gaining more and more features as they integrate more and more elements from Namecoin and Bitmessage. The talk was really brief and to the point.
The next talk I attended was on "Bitcoin in Space" by Jeff Garzik, where he talked about putting small cubesat satellites onto low earth orbit and using them to put full Bitcoin nodes in space. This would allow anyone around the world be able to synchronize their clients even in an event of local Internet being shut down. It really looks like an interesting project, even if the practical applications might be limited.
The main presentation of the day was "How Blockchain Technology Can Mend the Broken Nonprofit Sector" by M.K. Lords, Andreas, Davi Barker and Jason King, where they talked about nonprofits and Bitcoin. Overall, the consensus is that it is easier for nonprofits to accept Bitcoin donations than credit card donations, but despite that there are few Bitcoin charities. A number of charities are also skewing their mission statement to be in line with some grant requirements. Andreas jokingly suggested that if Jason redefined his mission statement from feeding the homeless of Pensacola, to "dropping food onto homeless from planes in Pensacolastan", he would get a lot of government funding ;). It was also mentioned that Bitcoin might be an only option for some charities to even exist - for example if you have a charity for women in oppressed countries where it is impossible for them to even have bank accounts, they have no other way of receiving donations. All in all, Bitcoin is a great solution for the charities.
The day concluded with a talk by me and David Lowy on "The Singularity of Money" replacing Cody Wilson that couldn't make it today. We talked about how in the future the currency won't matter, only the value. Instead of seeing a single world currency, we will probably be seeing a number of easily exchangeable currencies being used. Crypto 2.0 systems will be integral in making this happen.
 Overall, the day was less eventful than yesterday, probably because a lot of people have already left to attend a conference in China. It was still interesting.

The bitcoin exchange arm of Boerse Stuttgart has added a trading tool to help customers deal with volatile market conditions resulting from the coronavirus pandemic and the approaching halving event. Richard Barker Analyst. Francis Mills Trader. Testmonials What People Say. David Tucker. I started bitcoin trading as a hobby and your website was the only source I found on the Internet to be completely reliable. Your Support Team helped me avoid all twists and turns that appeared to be risky and now I can successfully exchange and trade my bitcoins on your website. Brian Campbell. I chose ... David Barker. Apparently, this user prefers to keep an air of mystery about them. Reading, United Kingdom . Member for 2 years, 10 months. 0 profile views. Last seen May 22 at 15:15. Communities (20) Stack Overflow 13.3k 13.3k 3 3 gold badges 38 38 silver badges 70 70 bronze badges; Code Review 434 434 2 2 silver badges 12 12 bronze badges; Meta Stack Exchange 251 251 1 1 silver badge 5 5 ... The Order permanently enjoins the defendants from further violations of the Commodity Exchange Act and the CFTC’s regulations as charged. The Order imposes a civil monetary penalty of $175,000 and requires the disgorgement of $246,000 of gains. The Order also requires the defendants to pay to all known U.S. customers the bitcoin held by defendants in U.S. customers’ accounts and includes ... And in those two months, Bitcoin prices nearly doubled on the trading exchange Mt. Gox. The price of a Bitcoin on Mt. Gox, the largest Bitcoin exchange by volume, was recently $128.50. That’s almost double the value of a Bitcoin on July 5”, the website reports. United States wait for federal rules regarding Bitcoin donations. The North-American Federal Election Commission is working to ...