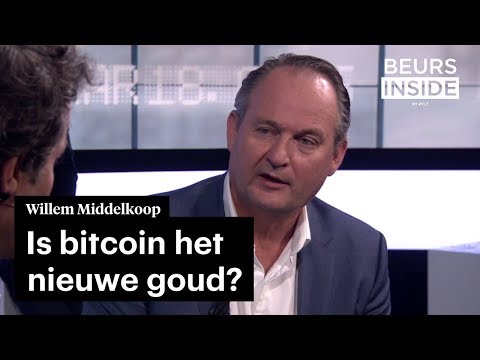 Sent to: [email protected]
I've read your article on Forbes about Bitcoin: http://blogs.forbes.com/petercohan/2011/06/28/can-bitcoin-survive-is-it-legal/
I think the article could be better, and I'll outline the reasons below.
Corrections


One exchange (out of several) experienced technical difficulties (related to being hacked) and suspended trading for a week. Other exchanges kept trading and held the exchange value between 14$-17$. It currently trades at 16.8$.


There is a wide variety of goods&services that's growing daily that you can pay for with Bitcoins. Among them are PC-hardware, Coffee in NYC, IT Consulting, Programming, Webdesign, Web-Hosting and many more.
Comparision to other "e-currencies" not thought trough


have been many attempts at creating online currencies — including Digicash, Flooz, and Beenz.


It isn't exactly relevant to compare Bitcoin to these currencies.
Beenz and Flooz were value substitutes entirely controlled by a single party. They could only be exchanged by involving that party. Inevitably these parties fell on hard times at some point or another, and had to cease operating, at which point exchange became impossible. That makes them a bad comparision to Bitcoin which is guaranteed not to fall prey to central control and floundering businesses that'd make their exchange impossible.
Digicash may have been somewhat similar to Bitcoin, but there are two key differences. Digicash may have been anonymous and somewhat decentralized in exchange, yet the minting of new coins and the client software itself were in the control of a single party. Inevitably when Digicash failed (to run a sound business) Digicash (the currency) became impossible to trade.
Therefore the comparision of Bitcoin with these failed "e-currencies" is only insofar of interest as it provides ample evidence of what exactly Bitcoin did better, namely two things:
Small change is irrelevant to the discussion of Bitcoin


A historical look at currencies over the last 500 years reveals an interesting insight — a key limiting factor to adopting currencies has been the ability to make small change.


The smallest unit of bitcoins is 0.00000001 btc. (https://en.bitcoin.it/wiki/FAQ#How_divisible_are_Bitcoins?). At currently traded (16.8$/btc) that would be 0.000000168$. Bitcoin payments can be specified down to that smallest unit, and there does not have to be any "change". Therefore both the numeration and the precision of payment argument is not relevant.
Marginal costs and benefits misconception


In order to understand the motivation behind bitcoin, it's important to understand the limitations (or costs) of CC and Paypal payment processors.
The Paypal issues
The CC in general issues
*What Bitcoin does better
In Summary
Repeated misleading allusions as to questionable legality


Is It Legal? as a way to pay anonymously for illegal drugs sold on Silk Road – is the one that has been referred to the U.S. Attorney General as a violation of money laundering statutes. Mann notes that Bitcoin’s ultimate ambition well might be illegal After all, he points out, there are federal statutes that make it illegal to produce a separate currency.


Two main thrusts are presented by you as to the legality of Bitcoins. First you question businesses that use them of being in violation of money laundering laws. Second you allude to the legality of alternative currencies. Both of these things are not issues for the following reasons:
Consumers and Merchants pickup


Unless consumers and merchants can be persuaded that adopting it will make them better off, it’s likely to go the way of other online currencies.


This is an astute observation and I applaud it for that.
However as a system Bitcoins do not depend (financially) on that pickup, and the speculative part of the Bitcoin economy will be able to live quite a while entirely without it. That being said, there is some pickup of bitcoin in genuine e-commerce and other fields.
Closing
Bitcoin has many desirable qualities, from an organizational, economic and technical point of view. Your article is not a very good representation of Bitcoin as it is, nor of what it can be, or what it's core issues really are.
I'd invite you to write a retraction and correction in your next article and consult a Bitcoin specialist for review and input. If against all "odds" Bitcoin should prove to be more successful then you thought, think of it as collateral for your journalistic integrity.
You can read comments about this open letter on the reddit post about it: http://www.reddit.com/Bitcoin/comments/ic92x/open_letter_to_forbes_peter_cohan/
Kind Regards, Florian Bösch
TL;DR Peter Cohan has a poor grasp of bitcoins and presents a number of fallacious arguments that are not relevant.

Cypherpunk's History [] Before the mailing list []. Until about the 1970s, cryptography was mainly practiced in secret by military or spy agencies. However, that changed when two publications brought it out of the closet into public awareness: the US government publication of the Data Encryption Standard (DES), a block cipher which became very widely used; and the first publicly available work ... Wenn Paul einen Bitcoin an Lisa, Johann einen Bitcoin an Paula und Peter einen Bitcoin an Sophie überweist, werden alle Transaktionen durch eine Hash-Funktion kryptografisch verschlüsselt und in einem Transaktionsblock zusammengefasst. Die Transaktionen werden miteinander verrechnet, weil das Zeit und Speicherplatz einspart. Für jeden neu erstellen Block, erhalten Miner, also Betreiber ... bitcoin era Software is basically a Binary options trading software that is designed to help traders win and predict the Binary options trend of their respective options. bitcoin era APP is works as a code to get financial success, shows traders how they can make money online, helps them to discover different ways to get massive returns on their investment. INTRO is an Ecosystem for real estate market players. Already today, the system has more than 6800 objects from 1800 developers, which you can buy with a discount of up to 30%. We are ready to scale our business to the global market. Yahoo.com: The boom of Bitcoin: Digital currency goes viral; Advertise with us (we do not endorse any site advertised) « previous next » Print; Pages: [1] Go Down. Author Topic: Yahoo.com: The boom of Bitcoin: Digital currency goes viral (Read 1466 times) 0 Members and 1 Guest are viewing this topic. bitcoinforum.com. Administrator; Legendary Member; Joined: Nov 2011; Location: bitcoinforum ...

Start trading Bitcoin and cryptocurrency here: http://bit.ly/2Vptr2X Bitcoin is the first decentralized digital currency. All Bitcoin transactions are docume... During volatile market conditions, investors should be looking for assets that represent stores of value, like gold, silver, and bitcoin, this according to M... This is the number one reason to buy Bitcoin now! 👨‍🎓 CRYPTOCURRENCY EXPLAINED BEGINNER COURSE https://cryptocurrency-explained.mykajabi.com/offers/LPd2db... Thanks to Away for sponsoring this video! Go to https://www.awaytravel.com/techquickie and use promo code techquickie to get $20 off your next order! Bitcoin... Just your average millennial/philosopher king. Host of Pseudo-Intellectual on BlazeTV. I've been fortunate enough to appear on Rebel Media, The Rubin Report,...