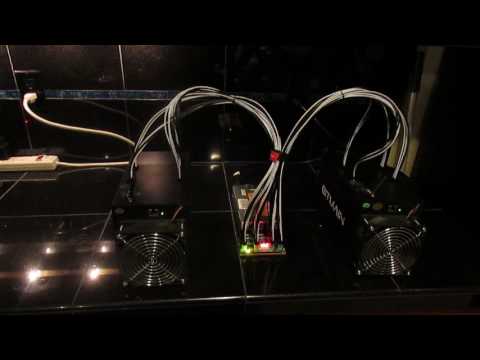 Is this set up properly for solo mining?

Right off the bat, I want to specify that I know this is ridiculously unlikely to ever find a block. I just upgraded my mining equipment and I am thinking I would like to use my old block erupters and antminers to run solo mining as a sort of lottery - in case one day I strike it lucky. In the meantime, my main mining equipment will be pointed to my usual pool. This is only for my own enjoyment!
That being said, can someone verify if I have this set up properly? I have figured out how to start my Bitcoin-qt in server mode, and I have established the .bat file for BFGminer as:
bfgminer.exe -S antminer:all -o 127.0.0.1:8332 -u me -p mypassword --set-device antminer:clock=x0b81
Is that correct? I start it up and have verification that my miners are hashing, but I also get the following line from BFGMiner:
"No suitable long-poll found for http://127.0.0.1:8332"
I have read on other threads here that if the miners are hashing it is working despite that error line. I would like to make sure as I don't have a background in programming so this is still pretty confusing to me.
Also, without specifying a payout address, any new block found will be credited directly to the bitcoin client wallet I am running as a server, correct? The text from the BFGMiner readme file is not clear on this point, and suggests my line should be:
bfgminer.exe -S antminer:all -o 127.0.0.1:8332 -u me -p mypassword --set-device antminer:clock=x0b81 --coinbase-addr myaddress --coinbase-sig "something else goes here"
Thanks in advance for the help. I know this will probably be fruitless, but I think it will be fun to play these old miners as a Vegas-style gamble and use my main equipment as my "real" mining.
I'm asking this partly because the directions in the readme file are vague:
"BFGMiner supports solo mining with any GBT-compatible bitcoin node (such as bitcoind). To use this mode, you need to specify the URL of your bitcoind node using the usual pool options (--url, --userpass, etc), and the --coinbase-addr option to specify the Bitcoin address you wish to receive the block rewards mined."
While I understand that this means a payout address can be entered, it does not specify if a payout address MUST be entered. I was under the impression that mined coins are paid directly to the bitcoin wallet that functions as a server.
" If your bitcoin node does not support longpolling (for example, bitcoind 0.8.x), you should consider setting up a failover pool to provide you with block notifications."
I'm pretty sure this is in reference to the long-poll error I am getting, but I'm not sure what it means.

"BFGMiner supports solo mining with any GBT-compatible bitcoin node (such as bitcoind). To use this mode, you need to specify the URL of your bitcoind node using the usual pool options (--url, --userpass, etc), and the --coinbase-addr option to specify the Bitcoin address you wish to receive the block rewards mined." Solo mining is the process of mining alone as we told earlier. We are aware that when you connect yourself to a pool, the process that mainly happens is that all miners get connected to the same bitcoin-client to confirm transactions. This helps to increase the probability of “finding” a block directly. Further, the block provides incentives from the shares from all miners. If you do the ... Download and install the ASIC Bitcoin Miner software like CGMiner, BFGMiner, and many other choices [4]. For a solo miner, the mining software connects you to the blockchain (Bitcoin Core). The main job of the Bitcoin Miner software is to deliver the mining hardware’s work to the rest of the Bitcoin network. Finally, launch Bitcoin Miner software with localhost (127.0.0.1), the rpcport (Y ... Thankfully, the Bitcoin testnet was created specifically for this purpose. As a side project I decided to buy a secondhand Bitcoin ASIC, an Antminer S5, and give a shot at solo mining on testnet so that I could generate some coins. Unlike on mainnet, which has so much mining competition that you’ll probably never find a block, the difficulty ... You're now ready to solo mine against Bitcoin Core, you just have to point your antminer at the IP address of the computer running BFGminer, and the miner should show up in the top section of BFGminer with its hashrate showing as "PXY" (stratum proxy). Any blocks will be paid out to the coinbase address shown in BFGminer, which is a new one generated from your wallet.

Android Mk802 Bitcoin mining on BfgMiner with Antminer u2 Myk3sr vLogz. Loading... Unsubscribe from Myk3sr vLogz? Cancel Unsubscribe. Working... Subscribe Subscribed Unsubscribe 58. Loading ... *****UPDATE***** Solo mining has been removed from client. I'll keep the video up for how it used to work, it might still work for some alt coins (unsure) yo... Newbie guide for those who want to try solo bitcoin and litecoin mining, using bfgminer and cgminer. The config files shown in the video are available in the... Hey Guys! Sharing my results with my Antminer S9 and the first month's profit in detail. I'm using my S9 to mine on the Slushpool mining pool currently as it... Antminer S3 + GekkoScience Wireless Bitcoin Solo Block Mining ... Unboxing & Setup Power Supply & BitMain AntMiner S5 - BitCoin - Duration: 7:45. Titan Group 134,032 views. 7:45. Solo Bitcoin ...