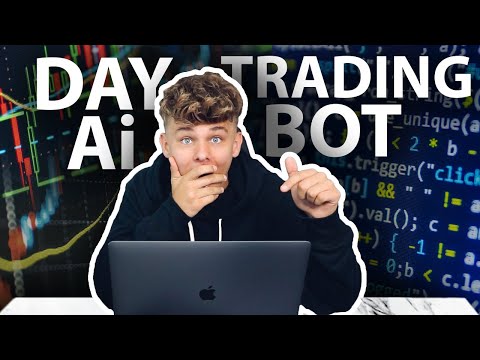 Messing around with the BTCP-BOTs in discord. ;) TL;DR

Yeah I did it, I cursed out a BOT, and I got banned for it. It was fun, it was enjoyable, I hope it made someone chuckle, because I did. :P
I did it because I made a long post in the discord chat, and was given a 2.5 minute timeout. Like WTF?!?! So I told the BOT to go jump off a cliff. Nothing. So the freedom loving individual in me decided to test the limits. :rocket: :moon: :cash: :lambo: :crash: Enjoy the :ride: Got a timeout for that.
"Bot, well fuck you too." Nothing. Wow! So none are given when I drop the f-bomb. I dropped another one, and was just about to type, "Can I get banned for cussing out a BOT" and bam I got banned. LOL Nothing personal guys, just a little free speech with me and my friend here.
On that subject, freedom of speech, let's talk censorship. My speech was censored because some people might find it disrespectful. I re-tweeted the following statement earlier, "We live in a culture where people are more offended by swear words and middle fingers than they are by famine, warfare, and the destruction of our environment." Which brings me to my real reason for being in Discord tonight, and the original statement I got a 2.5 minute timeout for. Maybe some BitcoinPrivate team members can reach out to me and explain what was wrong with it.
~" I play poker, for a hobby. It's fun. Currently playing in a Sunday major with $45k going to first place. I am roughly 90/170. (1200+ entered.) I have decided to donate 22% in ZCL to the dev team of BTCP, 20% to ZCL for ZEC (get it?), and 2% tip for the 22 veterans a day that commit suicide everyday. Wish me luck. We'll be space walking on earth someday. I have no need for :lambo:" Or something to that extent.
Well the damn BOT gives me a 2.5 min timeout! Ok dude, you just pissed me off, and I'm playing this tournament. Poker tournaments can be very slow, especially when playing one table. So I usually play 4, or 6, but one, I need something else to occupy my mind during the slow times.
So I decided to have fun with the BOT. And I was censored.
If we are to truly have a means of exchanging value that is decentralized, censor-less, immutable, community-driven, and is going to compete in this space, some people have to grow some thick skin and not get butt hurt at a little f-bomb. I was in the Army, hence the #22VetsADay, and we cussed. I have done skilled labor trades, and we cussed. A lot of people swear, but it shouldn't be considered a disrespectful act. True, some might not like it, and those people could opt to "Not show words" like bleeping something out on TV. I have an old friend that was an Army Ranger, love the guy, but I am not taking my girlfriend to meet him. I would rather not take her than ask him to watch his mouth in his own house. So I visit him every now and then, have a beer, and talk shit. But that's not all that I am. My world is bigger than the here and now. And in my world, I can connect with a lot of people, just have to give it time to find that connection.
But banning me for that I believe is uncalled for. It doesn't make me mad, because as I said, I was pushing the limits. I'll be back to discord someday, when I get permission. Not the first time I've been banned from somewhere. Told you, Americans have become some fucking pussies. LOL I'm banned from the college I attended, but I'm working on that issue. Might need that piece of paper one day. Or they might need the money I owe them. The latter is more likely.
So I finished the tournament 60th out of 2476. I cashed for $495.20, better luck next time.
Here's to you dev team :cheers:
TL;DR "Quit sulking you fucking pussies." ~MacLethal

bitcoin bot free download - Swap Bot, Swap Bot, Bitcoin, and many more programs A sample bot is included. Hotkeys are also available, to allow the player to roll without destroying your hand clicking fast on the mouse. BitcoinVideoCasino: Bitcoin Video Casino offers Auto Play features for games like video poker, blackjack, craps, keno, slots, roulette and dice as well. A lot of customization features are included in its ... How to Play Poker with Bitcoin and Ethereum. On CoinPoker you can deposit your BTC, ETH, or CHP tokens to play a range of popular poker games. The app is available on both desktop for Mac and PC, and for mobile users with an Android or iOS powered device. Downloading the app is quite simple, and all it takes a few seconds to go from this page to one of our tournaments or cash games. Below you ... Cryptohopper is the best crypto trading bot currently available, 24/7 trading automatically in the cloud. Easy to use, powerful and extremely safe. Trade your cryptocurrency now with Cryptohopper, the automated crypto trading bot. Bot steht für Roboter, und in unserem Fall geht es natürlich um die Roboter, die zum Pokerspielen entwickelt werden. Ein Bot ist nichts Anderes als Künstliche Intelligenz (kurz AI für Artificial Intelligence), d.h. es handelt sich um ein Programm, dass nicht nur in der Lage ist, bestmögliche Entscheidungen zu treffen, sondern auch zu lernen und sich zu verbessern.